Your ridiculous conversations are now a game

Pricetitution is a card game where you guess how much money it would take your friends to do absurd things. This game is all about you, your friends, and the ridiculous conversations you're already having.

Call it one of those "adult party games," a new type of "get to know you game," or "that "funny question game about drinking pee." Just get ready to learn way too much about each other. 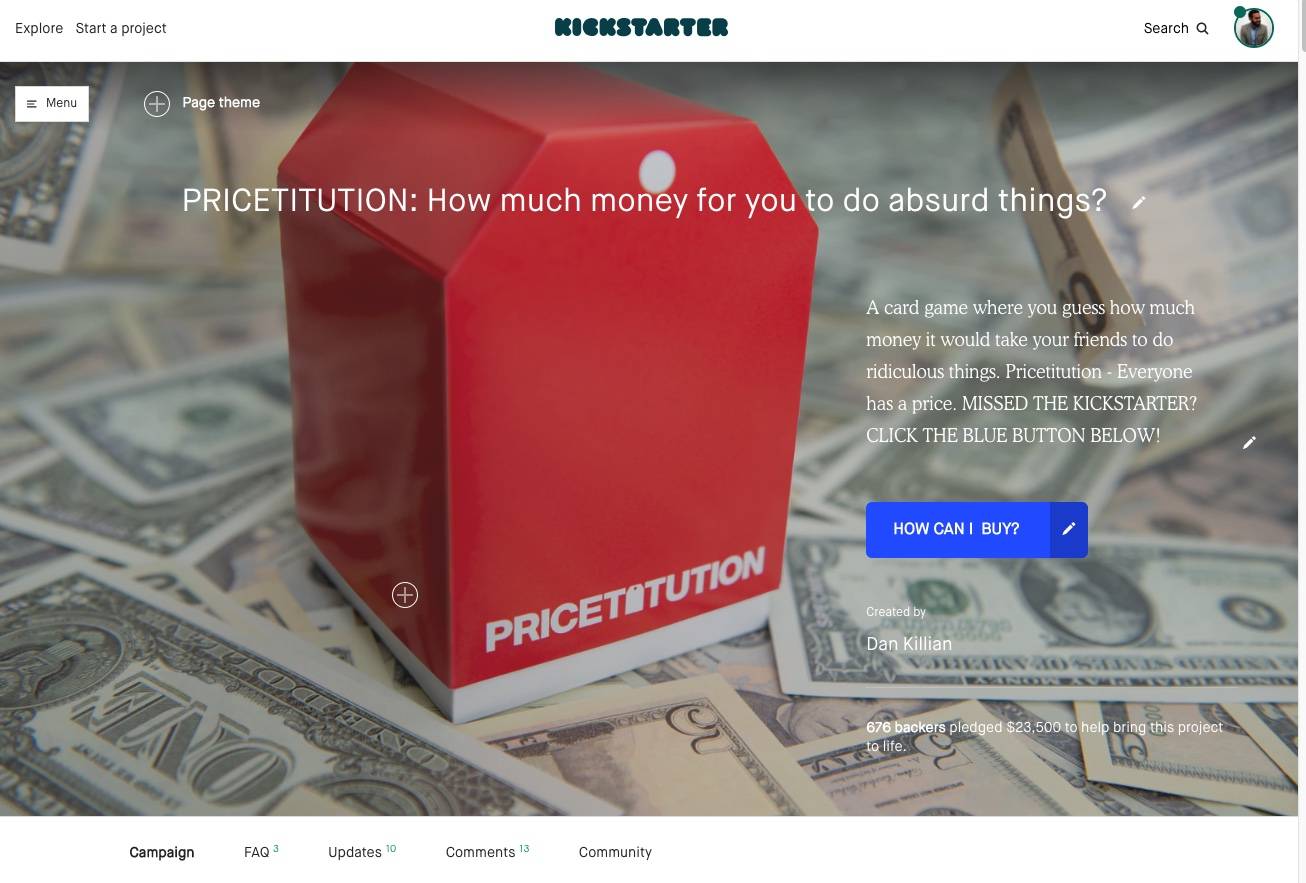 Originally concepted as a side project, Pricetitution first gained traction as it hit its Kickstarter crowdfunding goal on Day 1.

It was also listed as the #1 most "Popular Project" on Kickstarter.com that same day (out of over 300,000 projects).

By the end of its 30-day campaign, Pricetitution raised over 230% of its funding goal with $23,500 donated to the project by nearly 700 backers from all over the world. You can visit the original Kickstarter project here.

Get a Game Today!